I linked all of the chapters in Section I onto the corresponding page at the top AND now you can easily shuffle through chapters with the "Bookmark" feature on the right. It is arranged by Section then by Chapter. So, all the previous material thus far has been in Section I.  This will make it a little easier to navigate the blog. Also, I have polished the older posts and, most importantly, I have introduced a new character. So my dearest readers, please go back and read "Against Medical Advise" to meet Jacob Geist (dun dun dunnnnn!).


The following is a raw short story in serial format. I am trying my best to update it every Friday. From time to time, I will also edit past chapters as I see fit (especially grammatical elements). However, I won't alter the storyline itself, that I can promise. Any ideas, questions, or criticism is welcome and encouraged: penchirpsrhetoric@gmail.com

I hope you enjoy!

You can also see some of my other work here:
penchirpsrhetoric.wordpress.com
Posted by Pen Chirps Rhetoric at 12:40 AM 0 comments

“You’re going to help me right?”
“Hah, I wish I could. That last flash really did a number on me. The longer the distance the harder it is on my body. I won’t be much use for a good while Max. Besides, I can’t go back to Siros, not yet anyways.”
“Why not, I can’t do this alone. I don’t know anything or anyone or where to start.”
“Nah, sorry kid. If I was spotted they’d tie me up and drag me to the nearest dungeon. I’ve got a bad rep so it’s best you aren’t seen with me,” Santiago said while sliding out of his soaked trenchcoat.
“Why?”
“You ask a lot of questions you know that?”
“Well, You just hijacked my life.”
Santiago chuckled, “No, not me Max, the Reapers. You and your family were living on Earth to avoid them and all the political crap on Siros. This wasn’t supposed to happen, none of it. I say, someone sold your family out. Someone on the inside.”
“I don’t get it, any of it. How am I supposed to get Mia back? I don’t know anything,” Max groaned, kicking up a pile of white sand.
“Listen, boy. Whining ain’t gonna get your sister back. Man up.”
Max paused, aghast. He didn’t know what to say as Santiago’s grey eyes honed in on him; a stark look of finality. He turned away. The old man was right. He needed to fix his attitude and get serious. Santiago twisted his coat, squeezing the water out, his arms bulging with taut muscles and spotted with scars, a testament to his declaration.
“I’ll take you to the gate, but after that you are on your own.”
Max nodded. He kept his gaze locked on his wet converse shoes.
“There are people on Siros sympathetic to your cause, even a few close friends that I trust. They’ll find you before you find them, don’t worry,” he assured, shaking out the remaining water from his long hair.
Max felt overwhelmed and scared. Whether he wanted to believe it or not, it was happening. He had no idea what would occur next, only that he would have to do it alone. He shivered from the cold clothes sucked to his skin and the thought of the foreign world and all its unknowns. He would need a miracle to get Mia back. Mia, what horror could she be going through at this moment? He didn’t want to think about it.
After a brief struggle, Max pulled his shirt off and mimicked Santiago actions. He looked down at his own body, meager muscled and small in comparison to the rugged warrior beside him. Max touched the scab on his chest. Although the area was red and irritated, the pain was barely registering now.

Max clutched his stomach as a low rumble erupted in his belly. He couldn’t recall the last time he had eaten real food. And now the hunger coupled with the dire reality wrecked havoc on his insides.
Santiago dug through the pockets of his coat and removed a small can.
“This stuff tastes like soggy cardboard, but it’ll fill your stomach,” he said prying open the can with a metal blade that suddenly appeared atop his right fist.

“No thanks, I think I’m going to puke,” he said catching a whiff of the canned mystery.
Santiago brought the food to his lips, tilted his head back, and slurped downing the whole thing in one loud swig.
“Ahhh, not bad for canned Gullip.”
“Gross.”
“I’m sure you’ll like it fresh.”
“I’m sure I won’t.”
“When you get to Siros you’re going to have to have a more open attitude. You’re going to have to try and blend into the crowd. The Reapers have probably infiltrated deeper than anyone suspected, and they’ll notice if you stick out like a tourist.”
“Why does it matter? I’m after my sister and they have her.”
“You gotta be discreet because they’ll be waiting for you. The Tekagi have already warned them probably. You can’t just bumble around with your anger and expect to rescue her. These Reapers are elite killing machines.”
“Great. More good news. Isn’t there some sort of police force or law in this place? Can’t they help me?”
“Depends on which country you are in.”
“There are countries up there?”
Santiago’s frustration was brimming, but he caught himself before he could answer in anger.
“Relax, you’ll be fine. You are a Masterson, after all,” he said with a sigh.
“Yea, I don’t even know what all the means anymore.”
A splash echoed around the cave and Santiago reacted before Max could even discern what had happened.
“Well, that was fast,” he said pulling a pistol from his trenchcoat.
“What do we do?” Max asked, rising to his feet.
“You gotta go, Max. Follow that trail down through the cave, go.” More splashing coupled with voices; they were moving fast.
“Are you coming?” Max asked as he scampered over a large rock.
“Nah, I can’t run anymore. Besides, someone’s got to greet them ashore.”
“What about the gate?”
“Find Gail at the Lighthouse. She’ll take you there. Oh, one final thing. I know it looks like a cool toy and all, but don’t use Arcon. Wait until you can get some proper training before...”
Gunfire interrupted Santiago, spraying sand into the air.
“GO.”
Max looked back at Santiago one last time before running full sprint toward the trail. He leapt over bushes, side-stepped boulders, and pushed through deep sand before he reached the hardened ground. Sweat found its way into his eyes.
More gunfire sounded near the camp. The Tekagi must have encountered Santiago. That meant Max must have less than a minute head-start on the assassins. He wondered how long the old man would contain them. Then his logic progression came to the true worry: what would he do if they caught up to him? He didn’t know how to use Arcon. He didn’t have any weapons. Max gripped the device in his pocket , if only to remind himself that he had some protection.
He dismissed his thoughts and focused on his movement. He scanned the trail up ahead where it snaked its way into a narrow corridor, almost like a miniature canyon. If he could make it there before the Tekagi saw him he wouldn’t have to worry about bullets coming at the back of his head.
After another 20 seconds of sprinting, he made it without incident. The gunfire back at the beach camp was sporadic and less frequent. But as long as there was gunfire, Santiago was still alive.
The cavern’s natural light began to disappear as the walls came in tighter. He navigated the trail by waving his hands. The walls were slimy and cold and the sand turned to mud in spots, slowing him down considerably. It was hard to hear anything over his own labored breathing, but he didn’t hear gunfire. Santiago was probably fine, he assured himself. His new, old uncle had proven himself extremely resourceful. Who knows what else he had in that trenchcoat.
He continued onward, clumsily feeling his way out of the narrow passage and into a mossy riverbed where the soft blue light returned.
A rumble shook through the ground. Max wondered if Santiago flashed away or perhaps he had some other powerful weapon. Regardless, he wouldn’t know the answer until later. He focused and moved forward along the riverbed.
In the distance, he could make out a few building and a lighthouse. That had to be the one Santiago was talking about. A small feeling of euphoria abated some of the choking fear inside him. With the help of illumination, Max was able to pick up his pace once more and view the vast expanse of the cavern. It seemed that this area was much larger than the beach area where they first entered and, oddly, much quieter.
As he marvelled, Max heard a distant sound -- feet slapping the riverbed. The noise carried from the narrow passageway he had just exited moments ago.
He gathered the last bit of his strength and pushed himself into a dead-sprint. This was it. All those dreams about something chasing him and now it was real. The small feeling of euphoria he had earlier evaporated with an explosion of dread. If he could just make it to the lighthouse, surely everything would be fine.
He crested a hill and glanced back, a decision he immediately regretted. Not more than a hundred feet away, Jacob Geist and another Tekagi man, were sprinting. And now they saw him and took aim. The sounds of their guns were exaggerated in the larger cavern, making the shots even more terrifying.
Max ducked instinctively, as a volley of bullets zipped nearby. He turned back toward Tourmaline and continued with a new burst of motivation.
Posted by Pen Chirps Rhetoric at 8:18 PM 0 comments 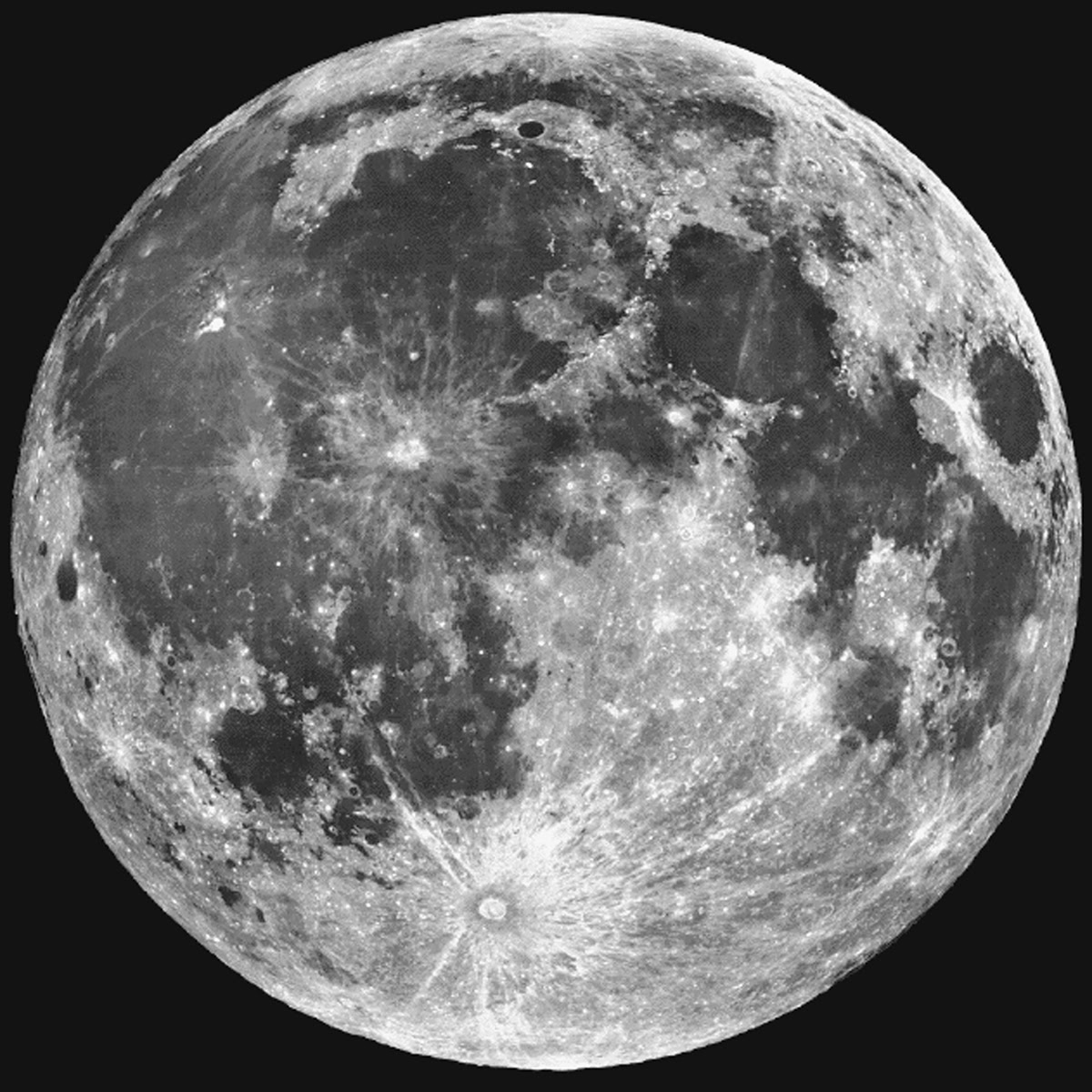